I want to share with you something very dear to my heart and also ask for your thoughts and prayers for my friends Brian and Joanna Perry this week and for the upcoming days to come.

When I first met Brian he and his business partner, Ryan were looking for a new image for their current business to identify with and a new web presence. They had a huge vision that matched their sense of style and uniqueness perfectly and I could not have been more excited for this opportunity. With a marketing background and a huge passion for what he did (like myself), Brian and I instantly hit it off as business colleagues that developed into a friendship shortly after.

Right before I met Brian he and his wife, Joanna Perry’s unborn son had been diagnosed with anencephaly. Anencephaly is a neural tube defect that occurs when the cephalic (head) end of the neural tube fails to close. It occurs in approximately 1 out of every 1,000 pregnancies.  The statistics with babies diagnosed with anencephaly are the following: 7% die in utero, 18% die during birth, 26% lived between 1 and 60 minutes, 27% lived between 1 and 5 days, and 5% lived 6 or more days. The termination rate of babies diagnosed with anencephaly is up to 90%. When they found out on April 19th , that their son had this condition you can imagine their devastation. They had the choice to abort the baby but against most medical recommendations chose to keep their son and put the decision in God’s hands.

After a few meetings with Brian, I wanted to bring up what his family was going through but just could not find the right words to say. I wanted to let him know that I knew his story and thought he and his wife were an inspiration and I have thought and prayed for them daily since I heard of their devastating story but putting that into words was nearly impossible.

Brian and I would talk daily for sometimes an hour at a time developing their new business image and plan (Perryfield Films). One day in early June, Brian called and I could tell something was off. Brian is a very positive guy; He never seems to have a bad day and if he did you would never be able to tell. I asked Brian if everything was OK. He explained he was having a rough day and then opened up to me about Colin Patrick. In this conversation, Brian explained to me that he had never imagined he and his wife would be going through such a tragic matter and some days are harder than others, today was a hard day. He knew that it was not in his nature to be negative and he wanted to change his outlook.  He went on to say that he and Joanna wanted to reach out to others and share their story with the world. Because anencephaly is so rare, finding resources and support is very difficult.  Brian and Joanna’s unselfish vision was to create a website which provides the resources, support, and answers to others that might be going through a similar situation as theirs. I just listened to Brian’s vision and told him I would be honored to help him in every way that I could. That was only the beginning of www.carryingcolin.com.

Shortly after my conversation with Brian, I got the honor of meeting Joanna. I was really anxious leading up to this because once again, I just did not know how I could convey to her how heavy my heart was for her and Brian.  Within minutes of meeting Joanna, all of my anxiety was gone.  I felt a sense of calmness. (I like to believe it was Colin’s presence in her tiny little belly letting me know that the world is so much bigger than I ever could have imagined.)  Not once did they say the word “I,” the entire conversation was about their experience as a couple and family and their love for Colin and how they wanted to do this to honor him. You could just see the love between the three of them and it made my heart smile. My life was instantly put into perspective and I knew right then there was a reason this family had come into my life.

The 3, or should I say 4 of us worked for the next several months creating www.carryingcolin.com. Brian and Joanna wanted every detail to be a perfect reflection of their family and the best representation possible for their precious son, and so did I.  I have never been more honored to create a website and more touched by two people and I hope that this blog post you will help you spread the word about this amazing family.

Colin’s due date is tomorrow, October 23rd. I can’t imagine the rollercoaster of emotions my new friends are feeling.  I will be thinking and praying these next 24 hours and days to come like I have never before and ask that you do the same.  If you would like, you can donate a puzzle piece to help support this family. As of this morning, they were 100 pieces away from their goal of 1,000. Every little bit counts. You can find the link on their website: www.carryingcolin.com.

Here’s a picture of the Perry family just last week! You can find others on the website as well. 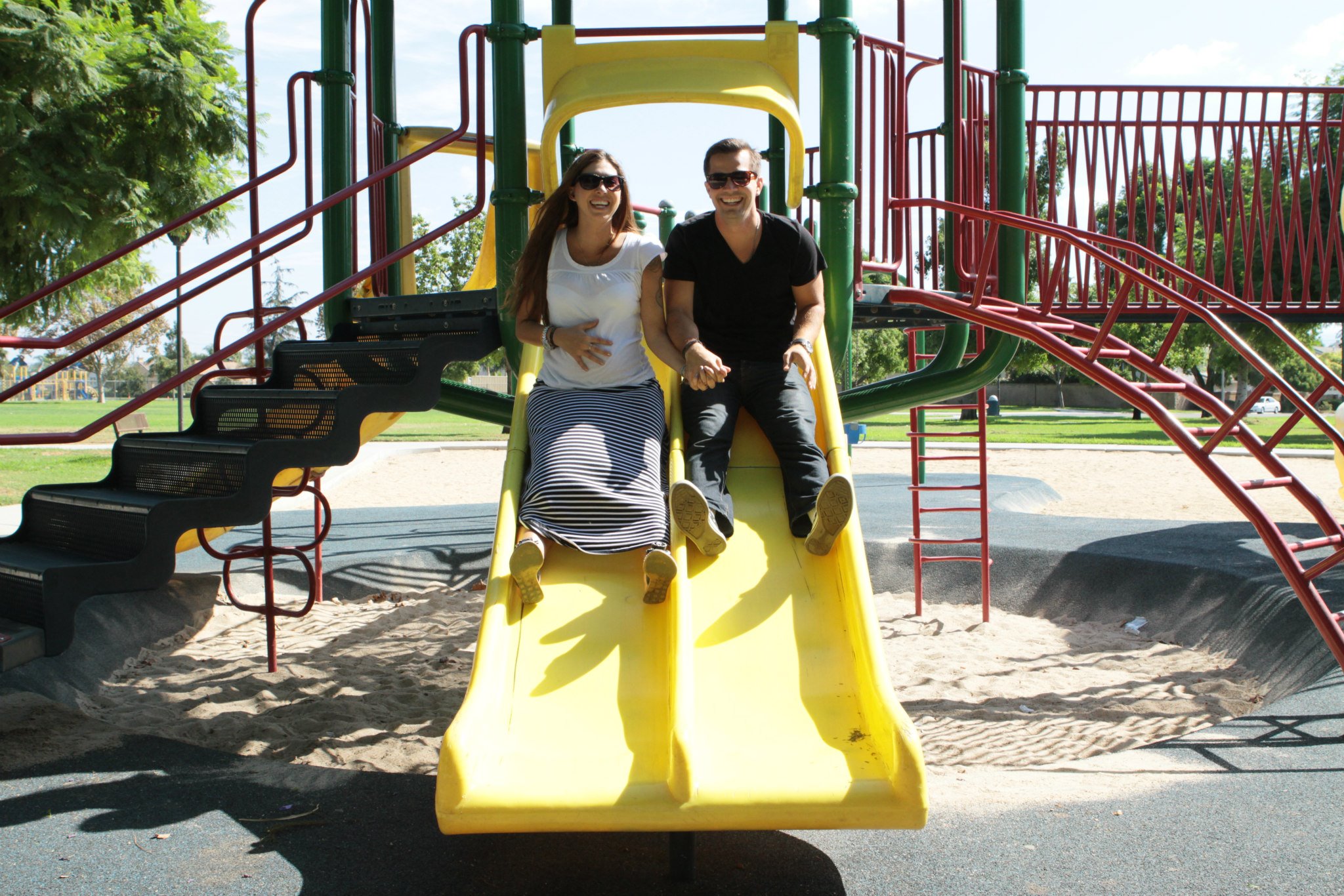 Lots of <3 to the Perry Family!

In the industry of web design the competition is very intense. How can you find the perfect designer for your business or project? Recommendations from friends or colleagues is the way most people prefer to find any type of business since we obviously trust our peers the most. However, what if you can’t get any recommendations, here are some things I recommend you consider in your search.

There are many ways to find the perfect fit for your company. To get the most for your dollar, I recommend hiring a small firm or team of freelancers! You will be given the attention and time you deserve as well as the quality. If you will have done the research before and can have all of the questions above answered prior to meeting with the designer then you will absolutely be able to have an understanding and portray your expectations to your potential web designer. Your designer should be able to give you answer to any questions you might have, provide an accurate estimate to fit your budget and leave you feeling comfortable with the process. Embrace the process and do not be intimidated by it. Your website is a critical part of your business and shouldn’t be left in the wrong hands.

How can AND Web Design help you?

I specialize and have the resources that can help you reach your decision confidently. My services include but are not limited to the following: branding, web design, social media, search engine optimization, cms design, word press design, mobile websites, custom blogs, e-blast newsletters, social media marketing, copyrighting services, graphics and print and more. I can fit any project to anyone’s budget or needs. I pride myself on doing what I say I am going to do in a timely matter. I am passionate about building long term relationships with each of my Clients and helping them continue to grow their businesses for many years to come. Your success is my success! I have been in the industry since 2004 and have met some valuable connections. If I cannot provide the services you are looking for and am not a fit for you, I can direct you to someone that can help you.

One of the most rewarding parts of this business is comparing the before and after once a project is complete. Here is a sneak peak of a project I have been working on the past few weeks. The development is still in progress but once it’s complete, I will be sure to share the end result with you! 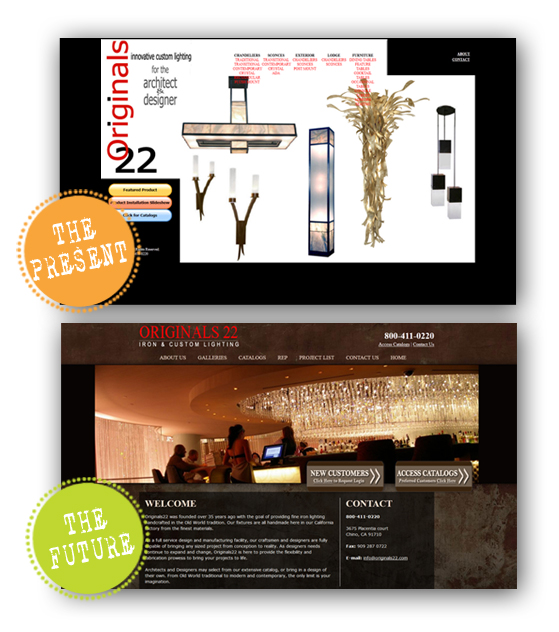 Your logo, website and print materials should visually communicate to your ideal client. Have you thought about what your design is actually saying? Is it saying you’re fun, low key, intense, quiet, cheap or expensive? These things can easily be communicated through good design. Whether you mean it to or not, your current design is communicating SOMETHING to your audience. Can you identify what that is?

Your business is unique to who you are and should have your signature ‘spin’ on everything. With that said, not everyone will like you and that is perfectly OK. Your visual identity should appeal to certain people and repel others. Think of your brand as a filter, weeding out the clients that aren’t a good fit.

Recently one of my colleagues Ryan Aker with RCA Web Design came to me for a design/brand improvement for Blend Media Solutions. When Blend came to RCA Web Design several years ago they were just starting out, not sure of a direction and where their success would lead them. It turns out success for them over the years has been wedding videography. Their hard work has led them to a partnership with Padua Hills Theatre in Claremont, CA.

With their new partnership, they wanted to soften the look of their current website to have a less commercial feel and attract the modern bride. This project was something I had looked forward to for a long time and I enjoyed every second of it. I always thought that there work was at the top of its class and I wanted their new look to identify that. Brian and Ryan at Blend Media Solutions were a pleasure to work with and I look forward to building our business relationship together.

If you are getting married or know someone that is looking for a wedding videographer these are your guys! They set the standard in the industry. Visit their website at: www.blendmediasolutions.com to see for yourself! 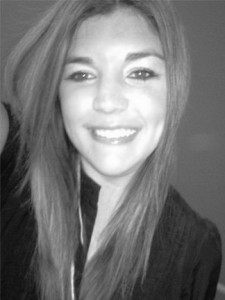 I am so excited to announce the publishing of my new website and blog. Starting today I will be posting current trends in internet marketing, on going projects, and important ideas and updates that may interest my current and, or perspective Clients.

If you have any questions, please feel free to e-mail me at info@andwebs.net. I look forward to working with you.

“Choose a job you love, and you will never have to work a day in your life.” – Confucious